The aim of this study was to examine agricultural engineering students’ eating habits and the psychological factors affecting these habits, and to relate these to gender. A cross-sectional survey was conducted of 388 agricultural engineering students (40.5 % female,  59.5 % male), aged 20.5 ± 1.5 years, chosen randomly. The results of the study showed that the majority of students (63.4 %) were of normal weight (by gender - 70.0 % female,  58.9 % male). The prevalence of pre-obesity and obesity was higher among male students (34.2 % and 4.3 %) than females  (10.2 % and 2.0 %) respectively. In contrast, 17.8 % female students were categorized as underweight, as compared to 2.6 % males. With regard to eating habits,  the majority of students  (78.0 %) were not taking meals regularly. Male students (72.7 %)  generally followed more regular meal patterns than female students (86.0 %). On the other hand, female students showed healthier eating habits compared to males in terms of daily breakfast intake and daily fruit and vegetable consumption. When their behaviour was correlated with psychological factors, the majority of students were found to eat more when they were bored and when they were happy. Females reported that they ate more because they were feeling bored or feeling happy (68.2% and 65.0% respectively), while figures for male students were significantly lower (41.1 % and 47.2 % respectively). Awareness can be achieved by campus-wide information campaigns and workshops focused on aspects of nutrition.

Download data is not yet available.
Abstract 106 | PDF Downloads 86 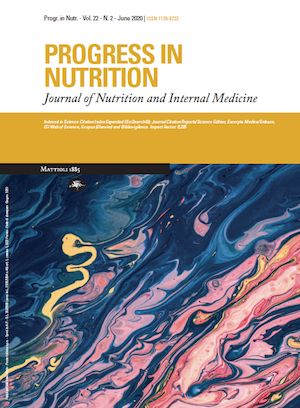