Aim: Colorectal cancers are prevalent around the world. There may be some complications after cancer related surgeries. This study aims to identify whether the use of probiotics in preoperative period among the patients undergone colorectal cancer surgery diminishes postoperative complications.

Material and Method: Within the framework of this prospective observational study, the patients, who had colorectal cancer surgery and used probiotics for 5-7 days in preoperative period, were categorised as Group P and the patients, who did not used any probiotics as Group C. The complications in postoperative period and their length of hospital stay were analysed respectively. The patients were followed-up in terms of major complications such as anastomotic leak, anastomotic stricture, surgical site infection, wound infection, wound dehiscence, lung infections, respiratory distress and embolism.

Findings: A total number of 40 patients were covered under the study. The patients using preoperative probiotics did not develop any anastomotic leak while 4 patients (20%) from the group that did not use any probiotics developed anastomotic leak (p=0,03). With regard to the correlation of probiotics use, there has been a decline of 30% in postoperative wound infection (10% vs. 40%, p<0,028) and of 45% in lung problems (20% vs. 65%, p=0,004). Postoperative ileus was observed 35% less in Group P than Group K. Additionally, the average of hospital stays in such patients diminished at significant level (17,6±7,3 days vs 8,8±2,6, p<0,001). 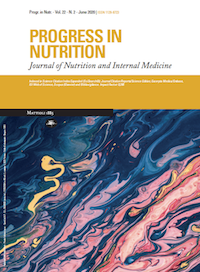